Crossing the Atlantic to America, Ancestor #13 enlisted with the Union Army in the US Civil War. 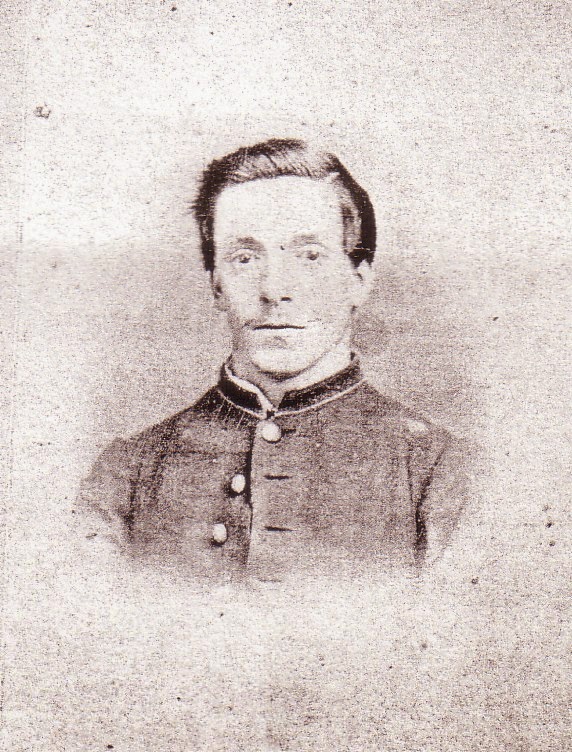 As a 21-year-old, Christopher Edinborough enlisted at Scio, New York on 13 May 1861 for a term of three years and was mustered to the 65th New York Infantry Regiment. A physical description of Christopher is gleaned from his regimental Company Descriptive Book which states that he was 5 feet 5 inches tall, of dark complexion with brown eyes and black hair. Born in London, England, his occupation was given as shoemaker.


Initially mustered into C Company as a Corporal, Christopher was promoted to Sergeant on 15 Nov 1862 before being returned to ranks as a Private on 1 Feb 1863. On 15 April 1863 he was promoted back to Corporal.


A document recently found on Ancestry.com entitled New York, Town Clerks’ Registers of Men Who Served in the Civil War, ca 1861-1865 revealed three other male Edinboroughs also signed up. They were: Charles (enlisted 12 May 1861), Fergus (3 Apr 1865) and Luther (3 Apr 1865). The document was a good find as the four enlistees were in fact brothers, sons of Christopher and Sarah Edinborough, confirming they had emigrated from England as a family in 1855.


Returning to Christopher (of the 65th NY Regiment), while so far I haven’t located a marriage record for him I do know that he married an American woman named Carrie and presumably this was after his discharge from the 65th NY Regiment. The US Census reveals that by 1880 they were living at Wilton in Iowa with two children: a son, Arthur W (7yrs), and a daughter Jesse M (5yrs).