The son of a railway guard, Alfred Thomas Edenborough was born 12 January 1857 at Paddington, London, MDX. The 1871 census shows the then 14-year-old Alfred Thomas working as a telegraph messenger in the postal service. Alfred Thomas remained with the postal service until joining the London Metropolitan Police at Great Scotland Yard on 3 June 1878 where he was subsequently posted to K Division (Stepney) as a constable.

The Metropolitan Police was established in 1829 by Sir Robert Peel, the then Home Secretary, by an Act of Parliament. It must have seemed to be a worthy occupation, as within a year of establishment the force numbered 3000 men from an initial recruitment of 895 constables, 88 sergeants, 20 inspectors, eight superintendents and two commissioners of police.


By the 1881 census, Alfred Thomas had been posted to Y Division (Highgate) where he was to remain for two years before being moved on to A Division (Whitehall) for eight months.


Following his eight-month stint as a constable at A Division, Alfred Thomas was then transferred to T Division (Kensington). He would remain at T Division until his retirement on 29 April 1901 at the age of 44 years following 22 years, 10 months and 25 days of service.


Attached to his service number were the letters TR which means that Alfred Thomas was part of the Reserve Force.  The Reserve was the top class to which a constable could aspire without taking promotion.  Many older officers achieved this and they would be used on all the prestigious London events and had to maintain a higher standard of dress, conduct and turn out than other officers.


Alfred Thomas married Mary Ann Smith, the daughter of a butcher, at St Peter’s Church, Paddington, MDX, on 24 May 1882.  Over the next 15 years they were to have seven children: Alfred E, Annie M, Lizzie J, Matilda G, Daisy, Rosa A and Harold T.


Among the many cases that Alfred Thomas was no doubt involved in, was the following murder/suicide reported in The Times of 5 February 18791: 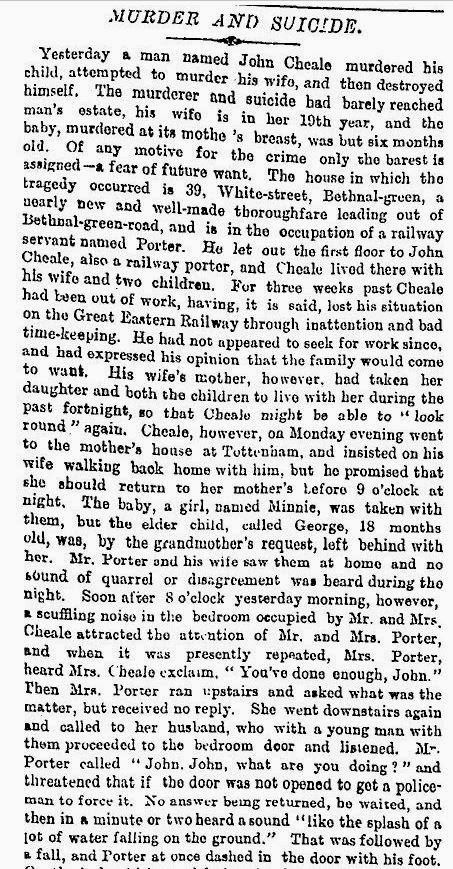 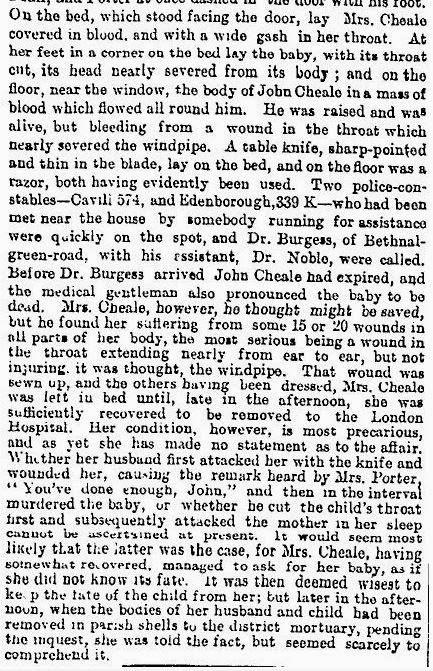